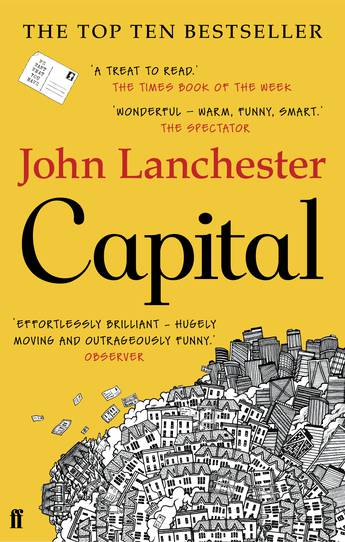 The bestselling, moving and hugely topical story of one street caught on the brink of the crash.

Pepys Road: an ordinary street in the Capital. Each house has seen its fair share of first steps and last breaths, and plenty of laughter in between. Today, through each letterbox along this ordinary street drops a card with a simple message: We Want What You Have.

At forty, Roger Yount is blessed with an expensively groomed wife, two small sons and a powerful job in the City. An annual bonus of a million might seem excessive, but with second homes and nannies to maintain, he's not sure he can get by without it. Elsewhere in the Capital, Zbigniew has come from Warsaw to indulge the super-rich in their interior decoration whims. Freddy Kano, teenage football sensation, has left a two-room shack in Senegal to follow his dream. Traffic warden Quentina has exchanged the violence of the police in Zimbabwe for the violence of the enraged middle classes. For them all, this city offers the chance of a different kind of life.

Capital is a post-crash state-of-the nation novel told with compassion and humour, featuring a cast of characters that you will be sad to leave behind.
More books by this author

John Lanchester is a contributing editor to the London Review of Books and a regular contributor to the New Yorker. He has written four novels, The Debt to Pleasure, Mr Phillips, Fragrant Harbour and Capital, and three works of non-fiction: Family Romance, a memoir; and Whoops!: Why everyone owes everyone and no one can pay, about the global financial crisis and How to Speak Money, a primer in popular economics. His books have won the Hawthornden Prize, the Whitbread First Novel Prize, E.M Forster Award, and the Premi Llibreter, been longlisted for the Booker Prize, and been translated into twenty-five languages.