With an introduction by Ronald Blythe 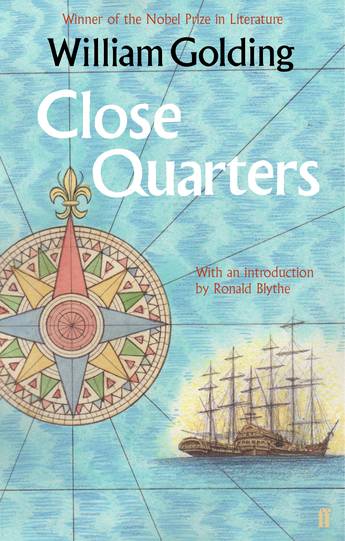 The sequel to Golding's Booker-winning novel Rites of Passage.

With an introduction by Ronald BlytheThe second volume of William Golding's Sea Trilogy.In a wilderness of heat, stillness and sea mists, a ball is held on a ship becalmed halfway to Australia. In this surreal, f te-like atmosphere the passengers dance and flirt, while beneath them thickets of weed like green hair spread over the hull. The sequel to Rites of Passage, Close Quarters, the second volume in Golding's acclaimed sea trilogy, is imbued with his extraordinary sense of menace. Half-mad with fear, with drink, with love and opium, everyone on this leaky, unsound hulk is 'going to pieces'. And in a nightmarish climax the very planks seem to twist themselves alive as the ship begins to come apart at the seams.'It tells an utterly absorbing tale, in language of immense force and subtlety.' Financial Times'No living writer has represented the fragility of man's experience so marvellously as Golding.' AS Byatt'A stunning piece of writing, as exciting as any thriller.' Sunday Times
More books by this author

William Golding was born in Cornwall in 1911 and was educated at Marlborough Grammar School and at Brasenose College, Oxford. Before he became a schoolmaster he was an actor, a lecturer, a small-boat sailor and a musician. His first novel, Lord of the Flies, was published in 1954. He won the Booker Prize for his novel Rites of Passage in 1980, and was awarded the Nobel Prize for Literature in 1983. He was knighted in 1988. He died at his home in the summer of 1993.