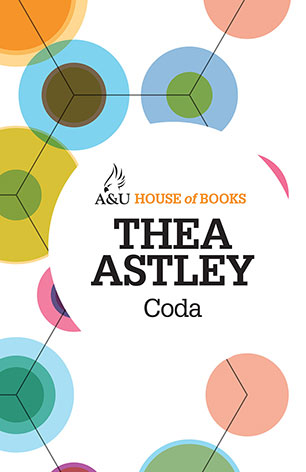 Thea Astley's brilliant satire on old age shimmers with grief and irony. One of Australia's most important novelists, Thea Astley, is at her most wickedly funny and pertinent in Coda.

Kathleen is facing old age alone. Between her selfish children - 'Brain' and his straying wife, and daughter Shamrock and Shamrock's hubby the 'Big Developer' - there is no longer a place for her. But Passing Downs Old People's Home is still not the place for a woman like Kathleen. She is not ready for that and they're not ready for her.

'I've skipped the grandma years,' Kathleen said. 'The four ages of women: bimbo, breeder, baby-sitter, burden . I've cut and run. Wasn't going to tell a soul but I've decided cutting and running is what it's all about.'

Thea Astley is at her most wickedly funny and pertinent in Coda. This brilliant satire on old age shimmers with grief and irony.