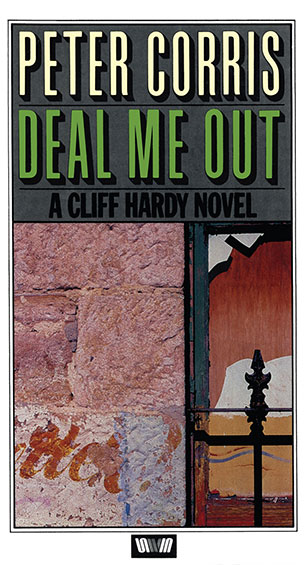 Cliff Hardy starts out to help a friend but before long he's looking for an enemy - William Mountain: boozer, TV scriptwriter, would-be novelist who is missing and searching for adventure. Mountain's adventure is Hardy's 'case' which rapidly becomes a case he would rather not have. Mountain is the dealer in a deadly game and the hands he deals become more and more bizarre.

'Indigenous thrillers are better than any others, and the best of all are Peter Corris' accounts of his Sydney private detective, Cliff Hardy. Corris' story is clever, his asides wry, his language rough but whimsical.' - Mark Thomas, Canberra Times

'.Of Peter Corris it can be said ''One sentence and the reader is away.''' - Manning Clark, The National Times

'Cliff Hardy is. as Australian as two-up and Fosters.' - The Australian
More books by this author More books in this series

PETER CORRIS was born in Victoria, but is now an enthusiastic resident of Sydney, which has provided the locale for his other Cliff Hardy stories. He was originally a historian, but would now classify himself as a journalist and thriller writer.