Home>Browse>Books>Fiction>Death of the Demon (Hanne Wilhelmsen 3)

Death of the Demon (Hanne Wilhelmsen 3) 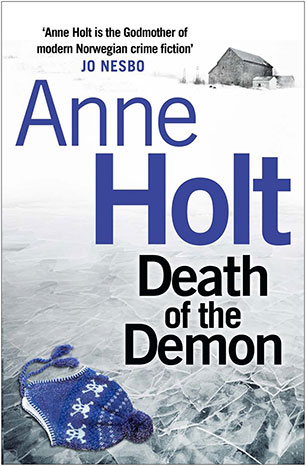 Anne Holt's brilliant detective Hanne Wilhelmsen investigates her third case: the manager of a children's home is dead and a twelve-year-old tearaway is on the run.

In an orphanage outside Oslo, a twelve-year-old boy is causing havoc. The institution's ageing director, Agnes Vestavik, sees something chilling in Olav's eyes: sheer hatred. When Vestavik is found murdered at her desk late at night, stabbed in the neck with a kitchen knife - with Olav nowhere to be found - the case goes to Hanne Wilhelmsen, recently promoted to superintendent in the Oslo police.

Hanne suspects that Olav witnessed the murder and fled, and she orders an investigation of the orphanage staff. But this, however, is one case where her instincts are leading her astray.

Meanwhile, Olav makes his way to his mother's apartment in central Oslo. When police finally catch up to him, Olav will lead them on a chase that will upend all of their assumptions.

The third instalment in the sensationally gripping Hanne Wilhelmsen series.
More books by this author More books in this series