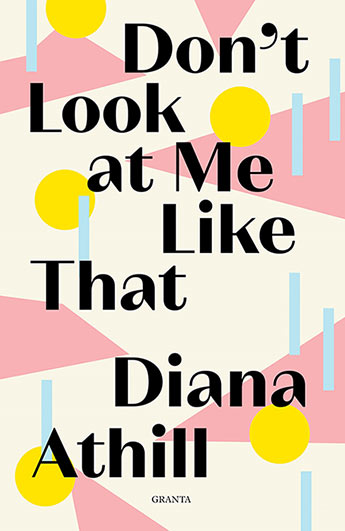 From the author of Somewhere Towards the End and Stet, the late great Diana Athill's only novel, about love, betrayal and a young woman finding oneself in 1950s London.

England, in the mid-fifties. Meg Bailey has always aspired to live a respectable life. With her best friend, Roxane, she moves from secondary school to an un-Bohemian art college in Oxford. Under the watchful eye of Roxanne's mother, Mrs Wheeler, the two girls flourish in Oxfordian society. But Meg constantly longs for more. Not content to stay in Oxford, she finds a job in London. Roxane stays behind and marries Dick, a man of Mrs Wheeler's choosing.

As Meg's independence grows, Dick suddenly appears in London for work. A connection to her past, Meg and Dick's friendship flourishes, blurring the lines of loyalty between what is and what was in a way that changes life for these three friends forever.

As sharp and startling now as when it was written, this unflinching and candid book of love and betrayal encapsulates Diana Athill's gift of storytelling at its finest.
More books by this author More books in this series

Diana Athill was born in 1917. She helped Andre Deutsch establish the publishing company that bore his name and worked as an editor for Deutsch for four decades. Athill's distinguished career as an editor is the subject of her acclaimed memoir Stet (Granta Books, 2011), along with five further volumes of memoirs, Instead of a Letter, After a Funeral, Yesterday Morning, Make Believe, Somewhere Towards the End, a novel, Don't Look at Me Like That, and a collection of letters, Instead of a Book. In January 2009, she won the Costa Biography Award for Somewhere Towards the End, and was presented with an OBE. She died in January 2019.