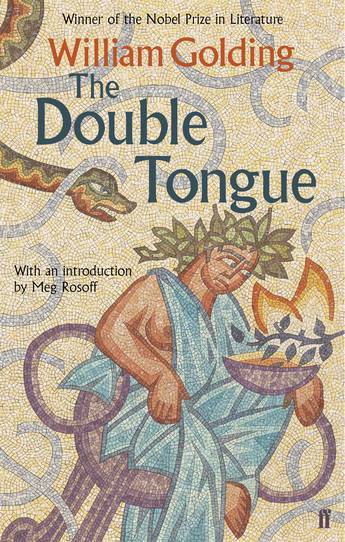 An aged prophetess at Delphi, the most sacred oracle in ancient Greece, looks back over her strange life as the Pythia, the First Lady and voice of the god Apollo.

As a young virgin with disturbing psychic powers, Arieka was handed over to the service of the shrine by her parents. She has now spent sixty years as the very medium, the torn mouthpiece, of equivocal mantic utterances from the bronze tripod in the sanctuary beneath the temple. Over a lifetime at the mercy of god and priest and people she has watched the decay of Delphi's fortunes and its influence in the world. Her reflections on the mysteries of the oracle, which her own weird gifts have embodied, are matched by her feminine insight into the human frailties of the High Priest himself, a true Athenian, whose intriguing against the Romans brings about humiliation and disaster.

This extraordinary short novel was left in draft at Golding's sudden death in 1993 but it is a psychological and historical triumph.
More books by this author

William Golding was born in Cornwall in 1911. Before he became a schoolmaster he was an actor, a lecturer, a small-boat sailor and a musician. In 1940 he joined the Royal Navy and saw action against battleships, and also took part in the pursuit of the Bismarck. After the war he returned to Bishop Wordsworth's School in Salisbury and was there when his first novel, Lord of the Flies, was published in 1954. He won the Booker Prize for his novel Rites of Passage in 1980, and was awarded the Nobel Prize for Literature in 1983. He was knighted in 1988. He died at his home in the summer of 1993. The Double Tongue, a novel left in draft at his death, was published in June 1995.