Down For The Count 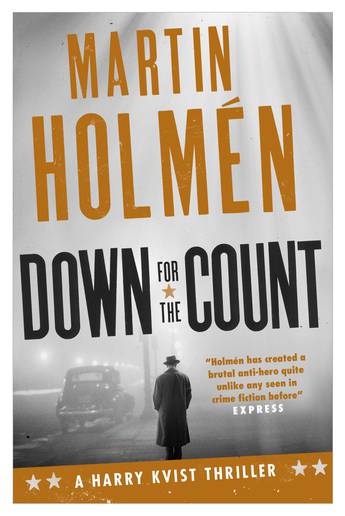 Harry Kvist walks out of the gates of Langholmen jail into the biting Stockholm winter of 1935. He has nothing to his name but a fiercely burning hope: that he can leave behind his old existence of gutter brawls, bruised fists and broken bones.

But the city has other ideas. Nazis are spreading their poison on the freezing streets, and one of Kvist's oldest friends has been murdered. Before he can leave Stockholm's underworld for good, he must track down the killer. As Kvist uncovers a trail of blood leading to the highest echelons of Swedish society, the former boxer finds himself in a fight to the death with his most dangerous opponent yet.
More books by this author

Martin Holmen teaches history and Swedish in Stockholm. Before studying and becoming a teacher Martin worked as a waiter and bartender, but confesses that he doesn't remember much of that time.