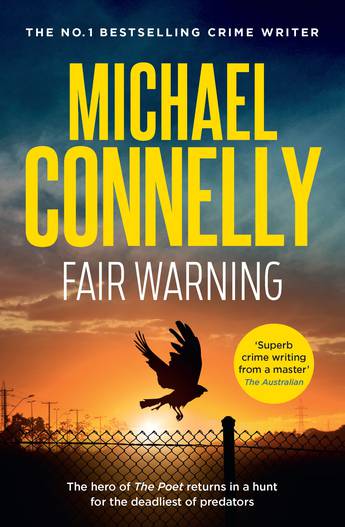 Stalwart journalist Jack McEvoy - the hero of The Poet and The Scarecrow - tracks a serial killer who has been operating completely under the radar - until now - in this thriller from #1 bestselling author Michael Connelly.

Jack McEvoy has taken down killers before, but when a woman he had a one-night stand with is murdered in a particularly brutal way, he realises he might be facing a criminal mind unlike any he's ever encountered.

Jack investigates against the warnings of the police and his own editor, walking a thin line between investigation and obsession, and makes a shocking discovery, connecting the crime to other mysterious deaths across the country. But then he himself becomes a suspect, and as he races to clear his name, Jack's findings point to a serial killer who uses personal data shared by the victims themselves to select and hunt his targets.
More books by this author More books in this series

A former police reporter for the Los Angeles Times, Michael Connelly is the international bestselling author of 34 novels. He has created many genre-defining characters, including detectives Harry Bosch and Renee Ballard, crime reporter Jack McEvoy and lawyer Mickey Haller, who stars in his most recent #1 bestseller, The Law of Innocence.