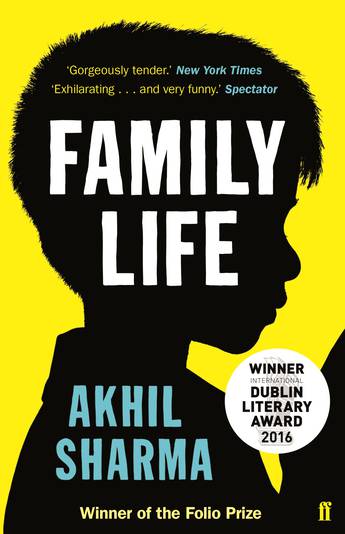 For eight-year-old Ajay and his older brother Birju, life in Dehli in the late 1970s follows a comfortable, predictable routine: bathing on the roof, queuing for milk, playing cricket in the street. Yet, everything changes when their father finds a job in America - a land of carpets and elevators, swimsuits and hot water on tap. Life is exciting for the two brothers as they adjust to prosperity, girls and 24-hour TV, until one hot, sultry day when everything falls apart.

Darkly comic, Family Life is a story of a boy torn between duty and survival amid the ruins of everything he once knew.
More books by this author

Akhil Sharma was born in Delhi in India and emigrated to the USA in 1979. His stories have been published in the New Yorker and in Atlantic Monthly, and have been included in The Best American Short Stories and O. Henry Prize Collections. His first novel, An Obedient Father, won the 2001 Hemingway Foundation/PEN Award. He was named one of Granta's 'Best of Young American Novelists' in 2007.