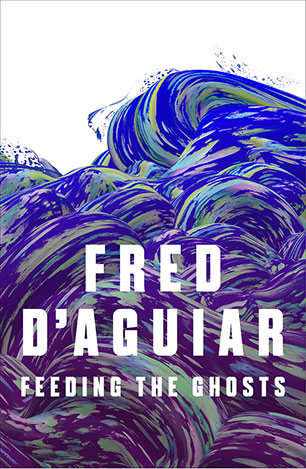 Powerful and poetic, Feeding the Ghosts is an unforgettable testimony to the struggle against oblivion, and a reminder of history overlooked and truth distorted.

'The sea is slavery.'

Inspired by a true story, this suspenseful and moving book chronicles an incident of courage and rebellion that took place aboard a disease-riddled slave ship, the Zong, returning from Africa. When illness threatens to infect all on board, the ship's captain orders his crew to seize the sick slaves - men, women and children - and throw them into the sea. But one female slave, Mintah, survives drowning and secretly climbs back onto the ship. From her hiding place, she attempts to rouse the remaining captives to rebel against the killings, becoming a dangerous force on the ship.

A trial is held upon the ship's arrival to determine liability for the 131 missing slaves. The crew is nearly absolved of responsibility until Mintah's journal is produced, which directly contradicts the crew's accounts. The final words belong to Mintah, whose first-person account of her life after the Zong is troubling and dramatic. D'Aguiar's spare prose starkly reveals the inner lives of First Mate Kelsall, Mintah and the crew members as they face the moral weight of this atrocity. D'Aguiar's imagery is haunting, his characters' thoughts complex and the mood is darkly compelling.
More books by this author

Poet, novelist and playwright Fred D'Aguiar was born in London in 1960 to Guyanese parents. He lived in Guyana until he was 12, returning to England in 1972. His first collection of poetry, Mama Dot (1985) won the Guyana Poetry Prize, and his novel The Longest Memory won the Whitbread First Novel Award. He has since published nine collections of poetry and four novels, including Bethany Bettany (2003). He is currently Professor of English at Virginia Tech.