With an introduction by Victoria Glendinning 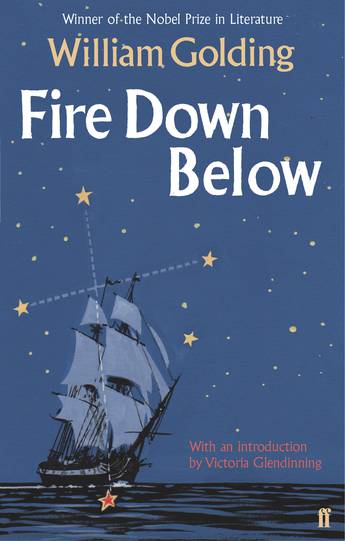 With an introduction by Victoria GlendinningThe third volume of William Golding's Sea Trilogy.A decrepit warship sails on the last stretch of its voyage to Sydney Cove. It has been blown off course and battered by wind, storm and ice. Nothing but rope holds the disintegrating hull together. And after a risky operation to reset its foremast with red-hot metal, an unseen fire begins to smoulder below decks.'A tour de force . A historical novel that defies all the hazards of that form and becomes a persuasive adventure, love story and allegory, as serious as it is entertaining.' Penelope Lively, Daily Telegraph'The best novel I've read this year . The language fizzes and spits.' DM Thomas, Daily Telegraph'Golding's evocation of the ship is so good that this book induces sea-sickness.' Victoria Glendinning, The Times
More books by this author

William Golding was born in Cornwall in 1911 and was educated at Marlborough Grammar School and at Brasenose College, Oxford. Before he became a schoolmaster he was an actor, a lecturer, a small-boat sailor and a musician. His first novel, Lord of the Flies, was published in 1954. He won the Booker Prize for his novel Rites of Passage in 1980, and was awarded the Nobel Prize for Literature in 1983. He was knighted in 1988. He died at his home in the summer of 1993.