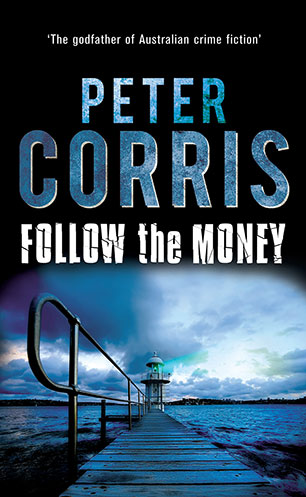 Battle-scarred but indefatigable PI, Cliff Hardy has lost all his dough to an unscrupulous financial advisor. He's got to follow the money trail deep into Sydney's underbelly into the territory of big money and bent deals to get himself back in the black.

'When beautiful young women kiss you on the cheek you know you're over the hill, but I didn't really feel like that. As Wesley said, I still had the moves.'

Cliff Hardy may still have the moves but he's in trouble. The economy's tanking and he's been conned by an unscrupulous financial advisor and lost everything he's got. Cliff only knows one way, and that's forward, so he's following the money trail. WC It's a twisted road that leads him down deep into Sydney's underbelly, into the territory of big money, bent deals, big yachts and bad people. Cliff's in greater danger than ever before, but he's as tenacious as a dog with a bone.
More books by this author More books in this series

Peter Corris has been writing his best selling Cliff Hardy detective stories for thirty years. He's written many other books, including a very successful biography of Fred Hollows and a collection of short stories revolving around the game of golf.