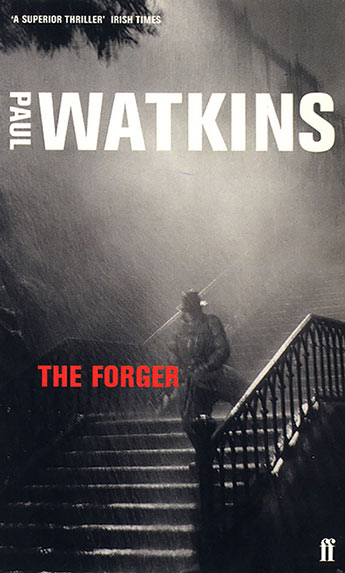 Download cover
Availability: Not available to order from this website, please try another retailer
Paris, 1939. Europe is on the brink of a second World War. David Halifax, a young American art student, is arrested for forgery. Unbeknownst to Halifax, an unscrupulous art dealer has put some of his paintings on the market, attempting to pass them off as Old Masters. When the ruse is uncovered, it is Halifax who is arrested, and charged with forgery. Then, as the Nazis converge upon Paris, Halifax is press-ganged into service by the Resistance: he must forge a number of great paintings, so that the originals don't fall into the hands of the invaders. Halifax is painfully aware that this unwanted commission could cost him his life.
More books by this author

Paul Watkins was born in 1964. He is the son of Welsh parents and was educated at the Dragon School, at Eton and at Yale. His novels include Night Over Day Over Night, Calm at Sunset, Calm at Dawn, In the Blue Light of African Dreams, The Promise of Night, Archangel, The Story of My Disappearance and The Forger. He has also written about his experiences at public school, in Stand Before Your God. He was shortlisted for the John Llewellyn Rhys Prize in 1992 and 1996, and won the Winifred Holtby Prize for Best Regional Novel of the Year in 1996. He lives in the USA.