Home>Browse>Books>Fiction>Girl in a Blue Dress

Girl in a Blue Dress 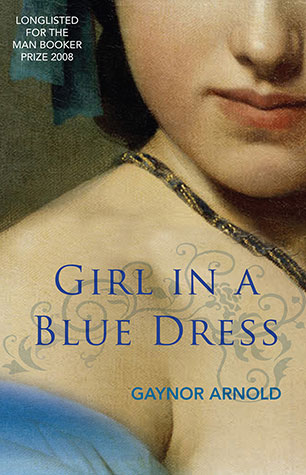 A fictional account of the marriage of a Victorian novelist resembling Charles Dickens, narrated by his wife. A brilliant, moving novel about love, fame and destiny.

Who is Alfred Gibson? Does the public really know him better than his wife?

Alfred Gibson's funeral has taken place at Westminster Abbey, and Dorothea, his wife of twenty years, has not been invited. The Great Man's will favours his children and a clandestine mistress over his estranged wife. Dorothea is left only with the comforts of her feisty youngest daughter Kitty, whose attempts to demonise her father challenges Dorothea's memories. When an invitation for a private audience with Queen Victoria arrives, she begins to examine her own life more closely.

Dorothea revisits their courtship, early days of nuptial pleasure and domestic family fun before the birth of too many children sapped her vitality. But she also uncovers the frighteningly hypnotic power of this celebrity author. Now Dodo will need to face her grown-up children, and worse, her dual nemesis of ten years before, her redoubtable younger sister Sissy and the charming actress Miss Ricketts.

'Gaynor Arnold's deep understanding of human relationships marks out this story of a strong woman in an age when women weren't perceived as such' - Erica Wagner, Times

'Dorothea, the narrator and heroine of Gaynor Arnold's ambitious first novel, proves herself to be more than the doting Victorian wife of a restless genius who resembles Dickens, despite being called Alfred Gibson. Hers is the story of a kind and good woman who is not content to be remembered as a mere footnote when the official Life of the great man comes to be written' - Paul Bailey

'A real triumph.I was hugely impressed by how authentically she catches the Inimitable's galvanic behaviour and modes of speech' - Professor John Lucas

'Arnold's portrayal of Gibson/Dickens is spot-on - charismatic, theatrical, depressive; preoccupied with death and with childhood; endlessly courting celebrity and reputation. Accurate too is the recreation of Dickens's boisterous household: a collective hullabaloo with him at the centre, the children in thrall to the great man's irascibility, as if the family were a miniature version of his damned public.' - Guardian

'. . . a fine work of imagination and compassion that offers up other ways for us to understand a popular genius, and those who loved him.' Telegraph, UK

'Fabulously indulgent Victoriana . . . a lovely, rich evocation of the period that rises above the faintly damning 'historical fiction' label with its complex characterisation and silky prose. It also seems apposite - a neat rendering of a celebrity marriage with all the pressure and expectation that counting fame invites.' Observer
More books by this author

Gaynor Arnold was born and brought up in Cardiff. She read English at St. Hilda's College, Oxford, where she acted in many plays, notably at the Edinburgh Festival and in a tour of the US. She has two grown up children and works for Birmingham's Adoption and Fostering Service.