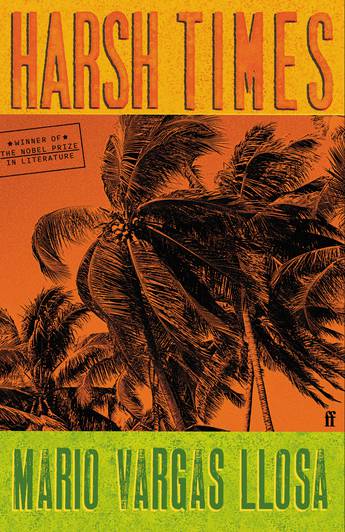 The new novel from the Nobel Prize-winning master of fiction - the true story of Guatemala's political turmoil of the 1950s.

WINNER OF THE NOBEL PRIZE IN LITERATURE

Guatemala, 1954. A CIA-supported military coup topples the government. Behind this violent act is a lie passed off as truth, which forever changed the development of Latin America: that those in power encouraged the spread of Soviet communism in the Americas.

Mario Vargas Llosa has written a drama on a world stage, in which some persecutors end up as victims of the very plot they helped construct. Ironic and sensual, provocative and redemptive, Harsh Times is a story of international conspiracies and conflicting interests in the time of the Cold War, the echoes of which are still felt today.
More books by this author

Mario Vargas Llosa was awarded the Nobel Prize in Literature in 2010. He has also won the Cervantes Prize, the Spanish-speaking world's most distinguished literary honor. His many works include Sabers and Utopias, The Discreet Hero, The Feast of the Goat, The Bad Girl, and Aunt Julia and the Scriptwriter.

Adrian Nathan West is a novelist, essayist, and translator based in Spain. His work has appeared in many publications, including The New York Review of Books, The Times Literary Supplement, The London Review of Books, McSweeney's, and more. He is the author of The Aesthetics of Degradation and a contributing editor at the translation journal Asymptote.