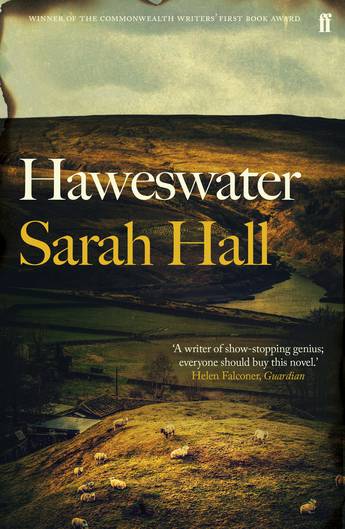 Haweswater by Sarah Hall has an intuitive sense for period and place; told in luminous prose, Haweswater remembers a rural England that has been lost for many decades.

The prizewinning debut from Britain's most exciting contemporary novelist.

In a remote dale in a northern English county, a centuries-old rural community has survived into the mid-1930s almost unchanged. But then Jack Liggett drives in from the city, the spokesman for a Manchester waterworks company with designs on the landscape for a vast new reservoir. The dale must be evacuated, flooded, devastated; its water pumped to the Midlands and its community left in ruins. Liggett further compounds the village's problems when he begins a troubled affair with Janet Lightburn, a local woman of force and character who is driven to desperate measures in an attempt to save the valley.

Told in luminous prose, with an intuitive sense for period and place, Haweswater remembers a rural England that has been lost for many decades.
More books by this author

Sarah Hall was born in Cumbria in 1974. She is the prize-winning author of five novels - Haweswater, The Electric Michelangelo, The Carhullan Army, How to Paint a Dead Man and The Wolf Border - as well as The Beautiful Indifference, a collection of short stories. The first story in the collection, 'Butchers Perfume', was shortlisted for the BBC National Short Story Award, a prize she won in 2013 with 'Mrs Fox'.