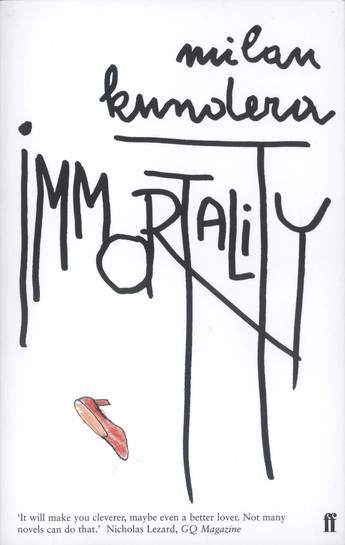 Immortality, by Milan Kundera, the hugely acclaimed Czech novelist and author of The Unbearable Lightness of Being: 'It will make you cleverer, maybe even a better lover. Not many novels can do that.' Nicholas Lezard

This breathtaking, reverberating survey of human nature finds Kundera still attempting to work out the meaning of life without losing his acute sense of humour. It is one of those great unclassifiable masterpieces that appear once every twenty years or so.

'It will make you cleverer, maybe even a better lover. Not many novels can do that.' Nicholas Lezard, GQ
More books by this author