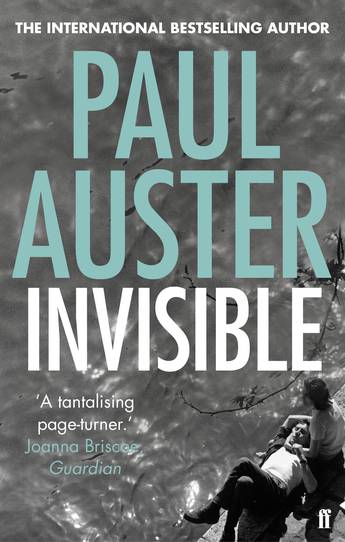 The coming-of-age story dazzlingly reinvented by one of America's greatest novelists, in his most passionate and surprising book to date.

Sinously constructed in four interlocking parts, Invisible opens in New York City in the spring of 1967 when twenty-year-old Adam Walker, an aspiring poet and student at Columbia University meets the enigmatic Frenchman Rudolf Born, and his silent and seductive girlfriend Margot. Before long, Walker finds himself caught in a perverse triangle that leads to a sudden, shocking act of violence that will alter the course of his life.

Three different narrators tell the story, as it travels in time from 1967 to 2007 and moves from New York to Paris and to a remote Caribbean island in a story of unbridled sexual hunger and a relentless quest for justice.

With uncompromising insight, Auster takes us to the shadowy borderland between truth and memory, authorship and identity to produce a work of unforgettable power that confirms his reputation as one of America's most spectacularly inventive writers.
More books by this author

Paul Auster was born in Newark, New Jersey in the United States in 1947. After attending Columbia University, he lived in France for four years. Since 1974 he has published poems, essays, novels, screenplays and translations. He was the editor of the short story anthology, True Tales of American Life. He lives in Brooklyn, New York.