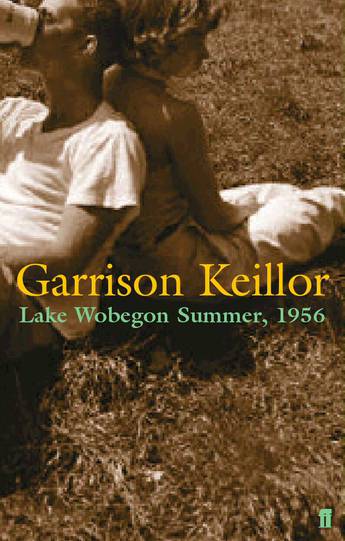 Download cover
Availability: Not available to order from this website, please try another retailer
A hilarious coming-of-age novel, Lake Wobegon Summer 1956 serves up the world according to 14-year-old Gary, an endearing geek, a self-described 'tree-toad', and a writer-in-the-making whose best friend is his Underwood typewriter.

Always with humour, and often with great sympathy, charm and honesty, the author tells us a story that both satirizes and celebrates the traumas and the passions of adolescence. In this, his latest novel, Keillor takes us back to a newly-minted America. With its postwar optimism and Cold War suspicions of outsiders, the 1950s are evoked in unforgettable Wobegon fashion.

Garrison Keillor, 'America's tallest radio humorist', was born in 1942 in a small town in Minnesota, into a family of Scottish fundamental protestants. His father was a railroad clerk and he was the third of six children. As a child, radio and television were discouraged, but the family were expert at entertaining themselves with evenings of storytelling.In 1966 Garrison Keillor graduated from the University of Minnesota, where he earned his tuition working at the campus radio station. His ambition though was to write - three years later the big breakthrough came when he sold a story to the New Yorker. He immediately gave up his job at the radio station to concentrate exclusively on writing but, ironically, it was an assignment from the New Yorker in 1974, which tempted him back to the radio.Writing about the Grand Ole Opry in Nashville brought back childhood memories of the warmth and spontaneity of the medium, and the result of this was to be Keil