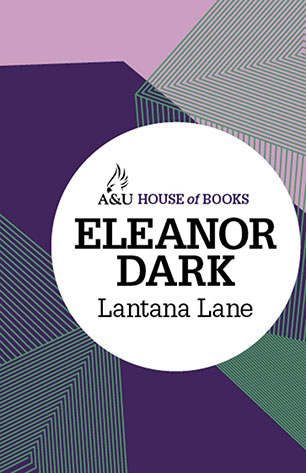 'We have lived round the corner from the world, with not even a signpost to betray our whereabouts. and if the treasure we have accumulated makes no show upon our bank statements, neither is it subject to income tax.'

Lantana, bushy and massive, is Australia's most uncontrollable tropical weed. Inland from the Pacific coast, where the pineapple plantations grow, sprawls the lantana in all its luxuriance. Here, too, putting up constant fight against the weed, is the small farming community of Lantana Lane. Though they stoutly declare that farming means drudgery, misery, penury, monotony, bankruptcy and calamity - that it is, in short, a mug's game - they are all firmly and happily wedded to the land, and therefore, naturally, to the lantana. From Aunt Isabelle, part-pioneer, part-Parisienne, to Nelson the one-eyed kookaburra bird, each of the Lane's inhabitants makes their own inimitable contribution to this engaging and witty portrait of community life.
More books by this author

Eleanor Dark was born in 1901 and educated in Sydney. She is one of Australia's most highly regarded writers of the 1930s and '40s.

Dark also wrote short fiction, essays, radio scripts and poetry. She was married to Eric Dark, a medical doctor and leftist social thinker. She died in 1985, and Varuna, her house in Katoomba in the Blue Mountains west of Sydney, is now a writers' centre.