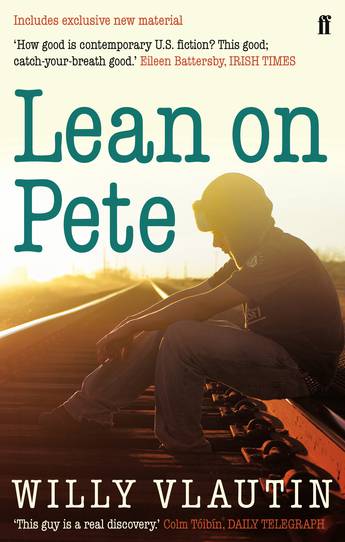 From the acclaimed author of The Motel Life and Northline comes another hugely moving slice of Americana.

Fifteen-year-old Charley Thompson wants a home; food on the table; a high school he can attend for more than part of a year; and some structure to his life. But as the son of a single father working at warehouses across the Pacific Northwest, he's been pretty much on his own for some time.

Lean on Pete opens as he and his father arrive in Portland, Oregon and Charley takes a stables job, illegally, at the local race track. Once part of a vibrant racing network, Portland Meadows is now seemingly the last haven for washed up jockeys and knackered horses, but it's there that Charley meets Pete, an old horse who becomes his companion as he's forced to try to make his own way in the world.

A portrait of a journey - populated by a vivid cast of characters against a harsh landscape - Lean on Pete is also the unforgettable story of a friendship and of hope in dark times.
More books by this author

Described by Mojo as 'one of America's most fundamental artists in words and music' Willy Vlautin is the author of two highly acclaimed novels, The Motel Life (2005) and Northline (2007). He is also the frontman of the band Richmond Fontaine, whose albums include 'Post to Wire' and most recently 'We Used to think the Freeway sounded like a River'. An avid fan of horseracing, he can often be found writing behind a closed circuit monitor at Portland Meadows racetrack.