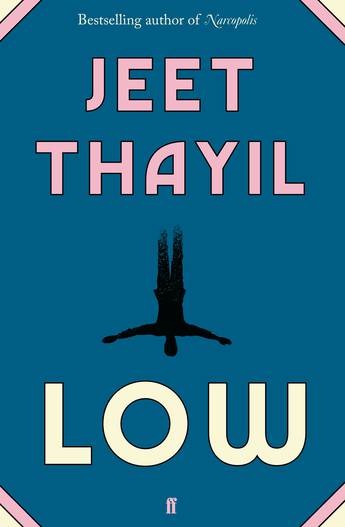 From the Booker-shortlisted author: one man's whirlwind weekend of self-destructive grief.

Ullis went to the bathroom and carefully unfolded the business card and placed it on the sink. Then he rolled up a note and snorted the last of his wife's ashes.

Following the death of his wife, Dominic Ullis escapes to Bombay in search of oblivion and a dangerous new drug, Meow Meow. So begins a glorious weekend of misadventure as he tours the teeming, kaleidoscopic city from its sleek eyries of high-capital to the piss-stained streets, encountering a cast with their own stories to tell, but none of whom Ullis - his faculties ever distorted - is quite sure he can trust.

Heady, heartbroken and heartfelt, Low is a blazing joyride through the darklands of grief towards obliteration - and, perhaps, epiphany.

'Jeet Thayil delights not just in pushing the bounds of possibility, but in smashing them to smithereens.'John Burnside
More books by this author

Jeet Thayil is a poet, musician and novelist. He was born in Kerala in 1959 and educated at Jesuit schools in Bombay, Hong Kong and New York. He worked as a journalist for twenty-three years before writing his bestselling debut novel, Narcopolis, which won the DSC Prize for South Asian Literature and was shortlisted for the Man Booker Prize and the Man Asian Literary Prize. His second novel, The Book of Chocolate Saints, was longlisted for the DSC Prize and described as 'easily the most original and formally inventive novel to come out of India in years' by Salman Rushdie. Thayil's five poetry collections include These Errors Are Correct, which won the 2013 Sahitya Akademi Award (India's National Academy of Letters) and he is also the editor of The Bloodaxe Book of Contemporary Indian Poets.