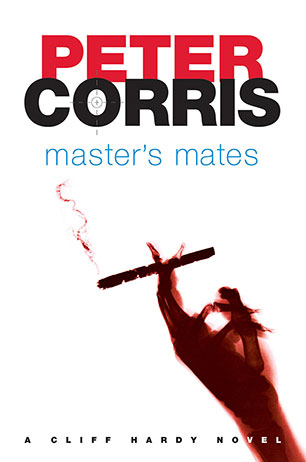 Peter Corris' world weary but always charismatic hero Cliff Hardy has long been established as Australia's favourite investigator. Often bloodied but never bowed in this latest gripping novel, Hardy is in pursuit of missing millions from Sydney to the Pacific Islands.

When rich, attractive Lorraine Master hires Cliff Hardy to investigate the circumstances surrounding her husband's conviction for smuggling heroin from New Caledonia, Hardy welcomes the assignment. A week on generous expenses sniffing about under a tropical sky, escape from a cold, dry spell in Sydney just the job. But Stewart Master's mates in Noumea prove to be a difficult and dangerous bunch.

The danger follows Hardy back to Sydney where he and his client become targets when an intricate conspiracy goes seriously wrong. Hardy deals with a tricky lawyer, a man on the run and Sydney's most corrupt ex-cop. He has allies as well, but in the end his survival will depend on his own guts, experience and savvy.

'There has been no more efficient, entertaining and amusing writer of detective thrillers in Australia than Peter Corris.' - The Age
More books by this author More books in this series