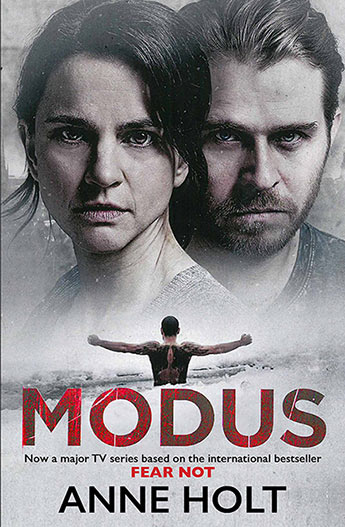 The silent, snow-covered streets of Oslo are a perfect scene of Christmas tranquillity. But as the bells toll for the last Sunday of Advent, a boy's body washes up near the shoreline of the city's Aker Bridge. His corpse is unrecognisable. Nobody has bothered to report him missing.

One week later Eva Karin Lysgaard, the bishop of Bergen, is found stabbed to death on a deserted street. Eva is a popular public figure, a sixty-two year-old grandmother: why was she on a lone errand in the deserted city, on the night before Christmas?

Johanne Vik, criminal researcher and police profiler, is called in to untangle the motivation behind the bishop's murder. But with her husband at the head of this increasingly high-profile investigation, Vik's association with the case is under intense scrutiny. And why does Lysgaard's shocking death lead her towards the sad death of an unknown boy?
More books by this author More books in this series

ANNE HOLT is Norway's bestselling female crime writer. She spent two years working for the Oslo Police Department before founding her own law firm and serving as Norway's Minster for Justice between 1996 and 1997. She is published in 30 languages with over 7 million copies of her books sold.