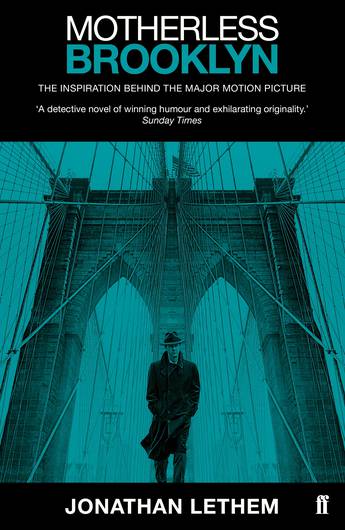 Lionel Essrog, a.k.a. the Human Freakshow, is a victim of Tourette's syndrome (an uncontrollable urge to shout out nonsense, touch every surface in reach, rearrange objects). Local tough guy Frank Minna hires the adolescent Lionel and three other orphans from St Vincent's Home for Boys and grooms them to become the Minna Men, a fly-by-night detective-agency-cum-limoservice. Then one terrible day Frank is murdered, and Lionel must become a real detective.

With crackling dialogue, a dazzling evocation of place, and a plot which mimics Tourette's itself in its freshness and capacity to shock, Motherless Brooklyn is a bravura performance: funny, tense, touching, and extravagant.
More books by this author

Jonathan Lethem was born in New York and attended Bennington College. He is the author of seven novels including Fortress of Solitude and The Feral Detective.Motherless Brooklyn was named Novel of the Year by Esquire and won the National Book Critics Circle Award and the Salon Book Award, as well as the Macallan Crime Writers Association Gold Dagger. He has also written two short story collections, a novella and a collection of essays, edited The Vintage Book of Amnesia, guest-edited The Year's Best Music Writing 2002, and was the founding fiction editor of Fence magazine. His writings have appeared in the New Yorker, Rolling Stone, McSweeney's and many other periodicals. He lives in Brooklyn, New York.