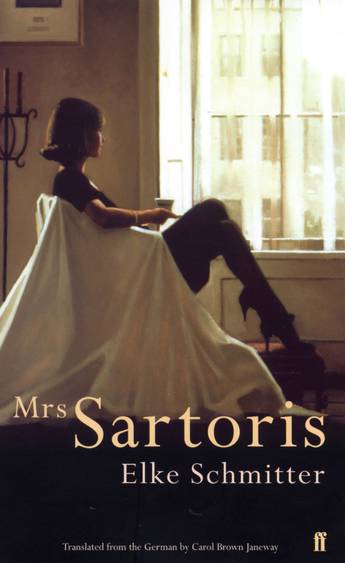 Mrs. Sartoris is a provincial German woman, a bourgeois wife and mother. Yet she harbours secrets and enmities which have been simmering since her teenage rejection by a well-born lover.

She is calculating yet impulsive, narcissistic, passionate and deadly, but she remains contained within a grey and conventional existence. At late middle age, Mrs Sartoris is confronted by threat. It arrives in her life in two forms: a lover who brings her sensual release and humiliation in equal parts, and a man who has ensnared her biting, ironic, withdrawn daughter in a slavish and dangerous relationship.

A fleeting opportunity - a male figure in a raincoat on a deserted street late at night - offers the chance of a lifetime's revenge . . .

Elke Schmitter was born in 1961 in Krefeld, Germany and studied philosophy in Munich. She worked as a journalist until 1994, when she became a full-time writer.