Home>Browse>Books>Fiction>Murder on the Apricot Coast

Murder on the Apricot Coast 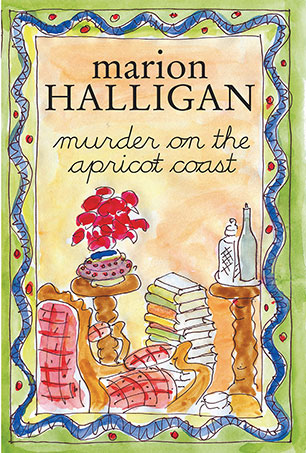 The eagerly-awaited sequel to the bestselling The Apricot Colonel is another charming novel of fruit preserving, cross-dressing . . . and murder. Cosy crime at its very best.

All is not as it seems in the calm, well-ordered streets of the nation's capital. After the turbulence of their courtship, Cassandra and the colonel have settled into wedded bliss - only to have it shattered by a death far too close to home. A friend's daughter is found dead from a drug overdose - a tragic suicide. But when her unfinished manuscript turns up containing an explosive expose of the local child prostitution scene, suicide turns to murder.

With characteristic panache, much reading between the lines, and a magnificent wardrobe of women's clothes (his), Cassandra and her colonel set out to find the truth in this eagerly awaited sequel to The Apricot Colonel.
More books by this author

Marion Halligan is an award-winning novelist, essayist and short-story writer. Her many books have been awarded a swag of prizes including the Age Book of the Year, the ACT Book of the Year, the Nita B. Kibble Award, the Steele Rudd Award, the Braille Book of the Year, the 3M Talking Book of the Year and the Geraldine Pascall prize for critical writing. She has been also been shortlisted for the Commonwealth Writers' Prize, the Dublin IMPAC Prize and the Miles Franklin Award. Her last book was The Apricot Colonel, but her previous work includes The Point, The Fog Garden and A Taste of Memory. Marion lives in Canberra.