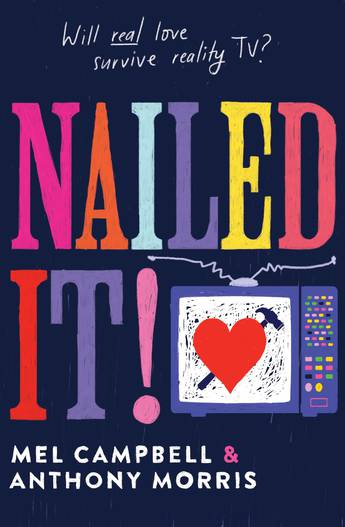 It's reality TV, but is it real love?

Talented tradie Rose lands a job on reality TV show, Mansions in the Sky, where she aids contestants in turning shells of houses into glorious mansions. Despite this glamorous gig, she struggles to make friends, and her artistic parents are disappointed with her practical career choices. The only person making time for her is one of the attractive, but married, contestants. But will their stolen moments off-camera put them in danger?
More books by this author

Mel Campbell is a Melbourne-based freelance journalist, critic, copywriter and editor. Mel researches and writes about film and television, clothing and costume, books and ideas, media and consumer culture, and the wonderful, underrated banalities of everyday life. Her first book was Out of Shape: Debunking the Myths About Fashion and Fit (Affirm Press, 2013). She writes on film, TV and media at Junkee, The Big Issue, Crikey, Metro, The Guardian and more. She is currently a co-host of fortnightly culture podcast The Rereaders, a columnist on writing at Overland magazine, a lecturer in Monash University's Masters of Communications and Media Studies program, and a commentator in live discussions on radio and online. She tweets at @incrediblemelk.

Anthony Morris is a Melbourne-based freelance journalist and critic. He's been writing about and reviewing film for over 20 years. Anthony is currently the Film Editor at Forte magazine, and the Small Screen Editor at The Big Issue. He also writes regularly for Empire magazine, SBS Online, Broadsheet and Junkee, and in the past his work has appeared in venues as varied as Kill Your Darlings, The Lifted Brow, Eureka Street and Network Video News. His short fiction has appeared in Interzone, Aurealis and Eidolon.