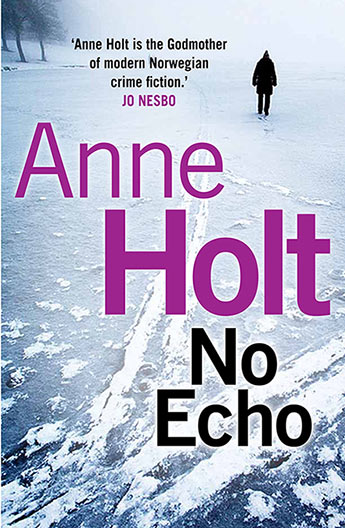 The gripping sixth instalment of Anne Holt's bestselling Hanne Wilhelmsen series: a high-profile murder brings Hanne back to the city she fled in the wake of heartbreak.

When celebrity chef Brede Ziegler is discovered stabbed to death on the steps of the Olso police headquarters it sends a shockwave through the city's in-crowd. Ziegler had lots of famous friends, is there a culprit among them - or was this a random act of violence?

Police investigator Billy T. takes on the case, but is met with conflicting information about what kind of man Ziegler was. It seems nobody really knew the dead man - including his glamorous wife, the restaurant co-owner and the editor of his memoir. While Billy T. struggles to break the case, Hanne Wilhelmsen returns to Oslo after a six-month absence. Since the death of her partner Cecilie, Hanne has been in self-imposed exile. Hanne discovers that not only had Ziegler been stabbed, but he had also ingested a lethal dose of painkillers. As the plot thickens, Hanne and Billy T. are pulled deeper into the nefarious world in which Ziegler lived. Was he who he said he was? And can those who claim to have known him best be trusted?

The sixth instalment in the sensationally gripping Hanne Wilhelmsen series.
More books by this author More books in this series