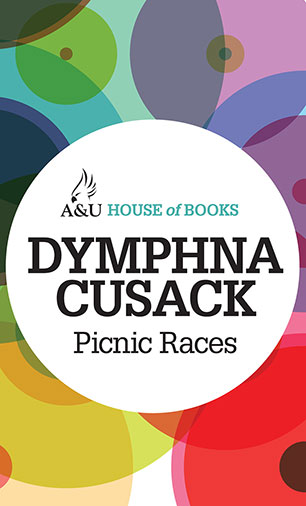 A comedy that brings to vivid life the ups and downs of a community in which everyone knows - and usually disapproves of - what everyone else is doing.

A cheerful comedy celebrating the lives of small-town Australians. Gubba is preparing to celebrate its centenary and its history as a goldrush town. But there are two factions in Gubba - the wealthy 'woolocracy' with their social pretensions and the ordinary townsfolk who are just after the peaceful life.

Pretty young Eden Dutton gets caught up in the feud - her father wants to make the town a centre for tourism and 'picnic races' - but her heart seems to be fighting for the opposite side. Young prospector Greg Millard isn't her father's idea of the right type of bloke, but the Hon. Ralph Tenterden certainly is.

And then a surprise discovery brings a change when it was least expected and upsets all the townspeople's plans.
More books by this author