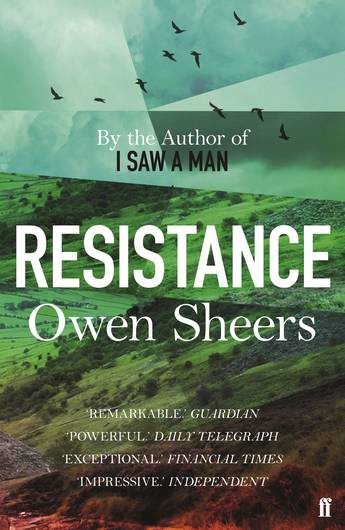 A thrilling and emotionally intense novel set in a World War Two where Britain has been invaded.

Resistance opens in 1944, as the women of a small Welsh farming community wake one morning to find that their husbands have gone. Soon after that a German patrol arrives in their valley. In his hugely anticipated debut novel, Owen Sheers has produced a beautifully imagined and powerfully moving story of love and loss.
More books by this author

Owen Sheers was born in Fiji in 1974 and brought up in Abergavenny, South Wales. The winner of an Eric Gregory Award and the 1999 Vogue Young Writer's Award, his first collection of poetry, The Blue Book was short-listed for the Welsh Book of the Year and the Forward Prize Best 1st Collection 2001. His prose debut The Dust Diaries was short-listed for the Royal Society of Literature Ondaatje Prize and won the Welsh Book of the Year Award 2005. Unicorns, Almost his one man play about WWII poet Keith Douglas will be produced by Old Vic Productions. His second poetry collection Skirrid Hill was published in October.