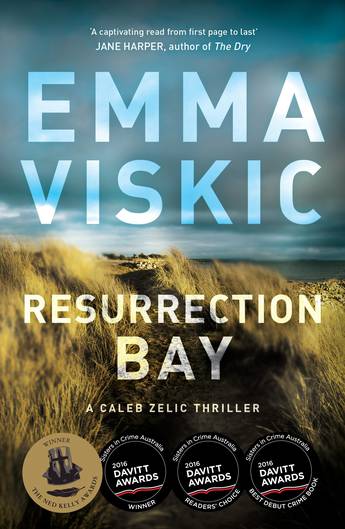 The multi-award-winning first novel in the Caleb Zelic series.

Caleb Zelic may be deaf, but he knows how to read people better than anyone. When his childhood friend is brutally murdered while helping him on an insurance case, Caleb vows to find the killer. But he can't do it alone. Caleb and his business partner Frankie, an ex-cop, start with one clue: Scott, the last word the victim texted to Caleb.

But chasing the elusive Scott leads them back to Caleb's hometown of Resurrection Bay. And it's here he learns that everyone - including his murdered friend - is hiding something. And the deeper he digs, the darker the secrets...
More books by this author More books in this series

Also a classically trained clarinettist, Emma's musical career has ranged from performing with Jose Carreras and Dame Kiri Te Kanawa, to busking in the London Underground. She lives in Melbourne and divides her time between writing, performing and teaching.