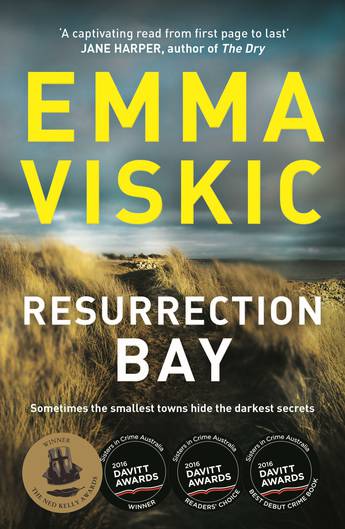 Caleb Zelic may be deaf, but he knows how to read people better than anyone. When his childhood friend is brutally murdered while helping him on an insurance case, Caleb vows to find the killer. But he can't do it alone. Caleb and his business partner Frankie, an ex-cop, start with one clue: Scott, the last word the victim texted to Caleb.

But chasing the elusive Scott leads them back to Caleb's hometown of Resurrection Bay. And it's here he learns that everyone - including his murdered friend - is hiding something. And the deeper he digs, the darker the secrets ...

'Grabs you by the throat and never slackens its hold' - CHRISTOS TSIOLKAS, author of The Slap
'A stunning debut' - THE TIMES
'Outstanding, gripping and violent' - GUARDIAN
'A plot-driven thriller that is not for the faint-hearted' - THE AGE
'On par with some of the heavyweights of crime writing' - SYDNEY MORNING HERALD
More books by this author

Emma Viskic's critically acclaimed Caleb Zelic series has been published worldwide. Resurrection Bay won the 2016 Ned Kelly Award for Best First Fiction and an unprecedented three Davitt Awards. It was iBooks Australia's Crime Novel of the Year and shortlisted for the UK's prestigious Gold Dagger and New Blood Dagger Awards, and the US Barry Award. And Fire Came Down won the 2018 Davitt Award for Best Novel and was longlisted for the Dublin International Literary Award. Darkness for Light was joint winner of the 2020 Davitt Award for Readers' Choice.

Formerly a classical clarinettist, Emma's musical career ranged from performing with José Carreras, to playing at an engagement party that ended in a brawl. She learned Australian sign language (Auslan) in order to write the character of Caleb, who is profoundly deaf. She lives in Naarm/Melbourne and is currently working on the fourth Caleb Zelic novel, Those Who Perish, which will be published in March 2022.