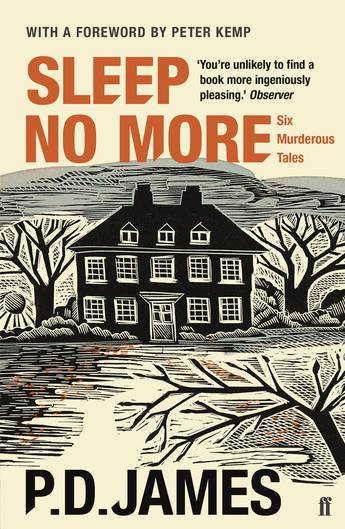 The acknowledged 'Queen of Crime', P. D. James, was a past master of the short story, weaving together motifs of the Golden Age of crime-writing with deep psychological insight to create gripping, suspenseful tales.

The acknowledged 'Queen of Crime', P. D. James, was a past master of the short story, weaving together motifs of the Golden Age of crime-writing with deep psychological insight to create gripping, suspenseful tales. The Mistletoe Murder and Other Stories contained four of these perfectly formed stories, and this companion volume contains a further six, published here together for the first time.

As the six murderous tales unfold, the dark motive of revenge is revealed at the heart of each. Bullying schoolmasters receive their comeuppance, unhappy marriages and childhoods are avenged, a murder in the small hours of Christmas Day puts an end to the vicious new lord of the manor, and, from the safety of his nursing home, an octogenarian exerts exquisite retribution.

The punishments inflicted on the guilty are fittingly severe, but here they are meted out by the unseen forces of natural justice rather than the institutions of the law. Once again, P. D. James shows her expert control of the short-story form, conjuring motives and scenarios with complete conviction, and each with a satisfying twist in the tail.
More books by this author More books in this series