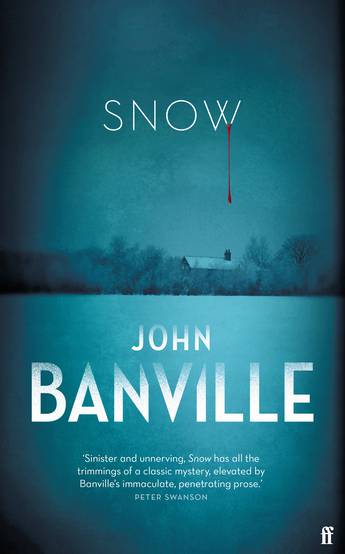 A chilling mystery from the Man Booker Prize winner.

'The body is in the library,' Colonel Osborne said. 'Come this way.'

Following the discovery of the corpse of a highly respected parish priest at Ballyglass House - the Co. Wexford family seat of the aristocratic, secretive Osborne family - Detective Inspector St John Strafford is called in from Dublin to investigate.

Strafford faces obstruction from all angles, but carries on determinedly in his pursuit of the murderer. However, as the snow continues to fall over this ever-expanding mystery, the people of Ballyglass are equally determined to keep their secrets.
More books by this author

John Banville was born in Wexford, Ireland, in 1945. He is the author of seventeen novels, including The Book of Evidence, The Sea, which won the 2005 Man Booker Prize, and the Quirke Series of crime novels under the pen name Benjamin Black. Other major prizes he has won include the Franz Kafka Prize, the Irish PEN Award for Outstanding Achievement in Irish Literature, and the Prince of Asturias Award. He lives in Dublin.