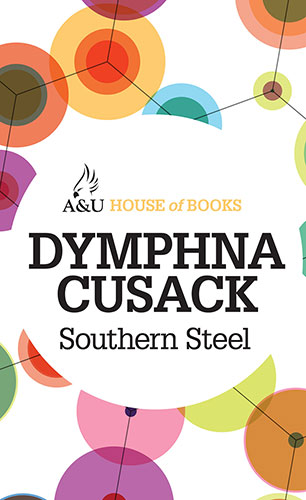 In the industrial city of Newcastle, New South Wales, lies a powerful firm that dominates the town. It is here that Dymphna Cusack sets a dramatic tale of family disunion, feminine rivalries, soldiers' lusts and lovers' ecstasies.

As the horror of the Second World War comes home to Australia with the attack on Darwin, an up-and-coming steel executive returns to Newcastle. His ambitious wife seeks a way to distance him from his unsuitable family and advance her social standing. His two brothers - a union man and a merchant sailor - are now an embarrassment.

The three brothers begin to grow further apart as the demands of the war, family conflict and their different beliefs pull them in separate directions. And Newcastle, and society, is changing fast as well - as women have to work, and American sailors have to party.

An unusual and fascinating portrait of urban Australians living with the peril of war, and the passion and heartbreak that can result.
More books by this author