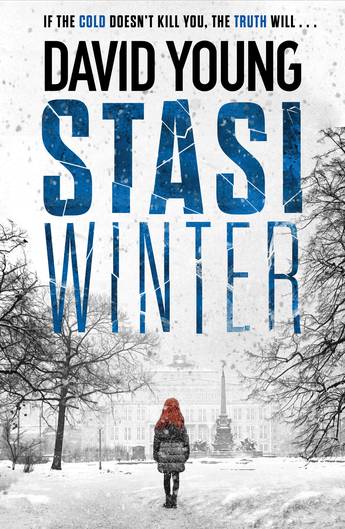 A suspenseful and gripping crime thriller set in East Germany, from the bestselling author of Stasi Child.

In the depths of the Republic's catastrophic winter, Major Karin Muller is called upon to stop a group of 'escapers' from crossing the frozen Ostee. Ahead, her partner, Hauptmann Werner Tilsner has caught up with the group but is he arresting them, or assisting them...

When a flash of red hair against the expanse of white stops Muller in her tracks, she's in shock. A familiar young girl is on the Ostee. Codename; Wildcat.

As tensions grow with her deputy, Tilsner, and a woman's murder to solve, Muller must work to uncover the secrets of the state under the difficulties of the worst winter in history.
More books by this author

East Yorkshire-born David Young began his East German-set crime series on a creative writing MA at London's City University when Stasi Child - his debut - won the course prize. The novel went on to win the 2016 CWA Historical Dagger, and both it and the 2017 follow-up, Stasi Wolf, were longlisted for the Theakston Old Peculier Crime Novel of the Year. His novels have been sold in eleven territories round the world. Before becoming a full-time author, David was a senior journalist with the BBC's international radio and TV newsrooms for more than 25 years. He writes in his Twickenham garden shed and in a caravan on the Isle of Wight. You can follow him on Twitter @djy_writer