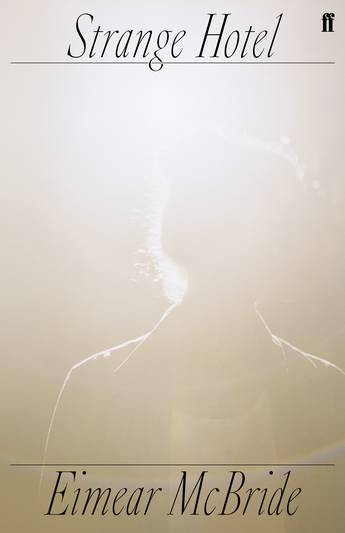 The new novel from the author of A Girl Is a Half-formed Thing.

In the midpoint of her life, an unnamed woman visits a series of hotel rooms. They are in Avignon, Prague, Oslo, Auckland, Austin - but they could be anywhere: each resembles the last, as all hotel rooms resemble one another. And in each of these spaces, nothing happens; though something may have happened, or be about to happen. And always it involves a man - on the other side of a bedroom wall; waiting in the hallway behind the peephole; locked in a bathroom, the shower running. Our narrator dwells in these pauses and cusps, drifts, procrastinates, as mysteriously, from that 'black box within', emerge the clues as to why she is here, what she is hoping to run from, or towards, or back to; or to recreate.
More books by this author More books in this series

Eimear McBride grew up in the west of Ireland and trained at Drama Centre London. Her first novel A Girl is a Half-formed Thing took nine years to find a publisher and subsequently received a number of awards, including the Baileys Women's Prize for Fiction, Kerry Group Irish Novel of the Year, and the Goldsmiths Prize. Her second novel The Lesser Bohemians won the 2017 James Tait Black Memorial Prize, and was shortlisted for the Goldsmiths Prize and the International Dublin Literary Award. In 2017 she was awarded the inaugural Creative Fellowship of the Beckett Research Centre, University of Reading. In a 2018 Times Literary Supplement poll of 200 critics, academics, and fiction writers, McBride was named one of the ten best British and Irish novelists writing today.