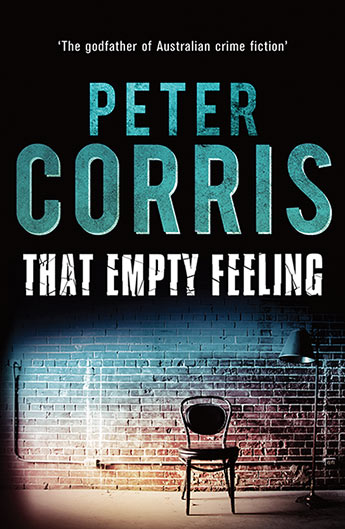 An unexpected obituary takes Cliff Hardy on a trip down memory lane to a case he's been trying to forget for twenty years: oil, fraud, boxing, racing - and murder.

Legendary PI Cliff Hardy has reached an age when the obituaries have become part of his reading, and one triggers his memory of a case in the late 1980s. Back then Sydney was awash with colourful characters, and Cliff is reminded of a case involving 'Ten-Pound Pom' Barry Bartlett and racing identity and investor Sir Keith Mountjoy.

Bartlett, a former rugby league player and boxing manager, then a prosperous property developer, had hired Hardy to check on the bona fides of young Ronny Saunders, newly arrived from England, and claiming to be Bartlett's son from an early failed marriage. The job brought Hardy into contact with Richard Keppler, head of the no-rules Botany Security Systems, Bronwen Marr, an undercover AFP operative, and sworn adversary Des O'Malley.

At a time when corporate capitalism was running riot, an embattled Hardy searched for leads - was Ronny Saunders a pawn in a game involving big oil and fraud on an international scale? Two murders raise the stakes and with the sinister figure of Lady Betty Lee Mountjoy pulling the strings, it is odds against a happy outcome.
More books by this author More books in this series

Peter Corris has been writing his best selling Cliff Hardy detective stories for thirty years. He's written many other books, including a very successful 'as-told-to' autobiography of Fred Hollows, and a collection of short stories about golf.