The Book of Disquiet 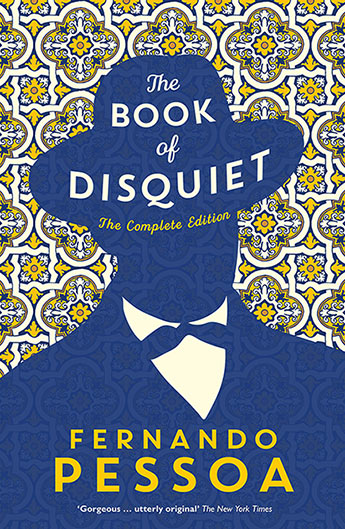 The definitive edition of the much-loved classic.

The Book of Disquiet is one of the great literary works of the twentieth century. Written over the course of Fernando Pessoa's life, it was first published in 1982, pieced together from the thousands of individual manuscript pages left behind by Pessoa after his death in 1935.

Now this fragmentary modernist masterpiece appears in a major new edition that unites Margaret Jull Costa's celebrated translation with the most complete version of the text ever produced. It is presented here, for the first time in English, by order of original composition, and accompanied by facsimiles of the original manuscript.

Narrated principally by an assistant bookkeeper named Bernardo Soares - an alias of sorts for Pessoa himself - The Book of Disquiet is 'the autobiobraphy of someone who never existed', a mosaic of dreams, of hope and despair; a hymn to the streets and cafes of 1930s Lisbon, and an extraordinary record of the inner life of one of the century's most important writers. This new edition represents the most complete vision of Pessoa's genius.
More books by this author More books in this series

Fernando Pessoa was born in Lisbon in 1888. He grew up in Durban, South Africa, where his stepfather was Portuguese consul. He returned to Lisbon in 1905 and worked as a clerk in an import-export company until his death in 1935. Most of Pessoa's writing was not published during his lifetime; The Book of Disquiet first came out in Portugal in 1982. Since its first publication, it has been hailed as a classic. The new edition was edited by Jeronimo Pizarro and translated by Margaret Jull Costa.