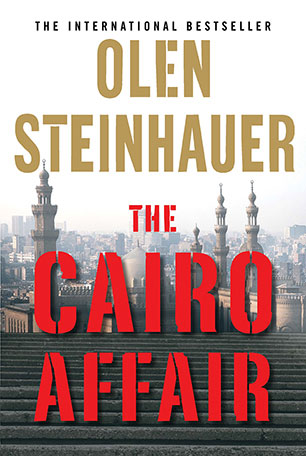 When a US diplomat is assassinated in a restaurant in Budapest, his wife sets out to discover who is behind it and why. Her search triggers a series of high-stakes events that will have global ramifications, ultimately uncovering an explosive conspiracy.

Sophie Kohl is living her worst nightmare. Minutes after she confesses to her husband Emmett, a mid-level diplomat at the American embassy in Hungary, that she had an affair while they were in Cairo, he is shot in the head and killed.

Stan Bertolli, a Cairo-based CIA agent, has fielded his share of midnight calls. But his heart skips a beat when he hears the voice of the only woman he ever truly loved, calling to ask why her husband has been assassinated.

Jibril Aziz, an American analyst, knows more about Stumbler, a covert operation rejected by the CIA years ago, than anyone. So when it appears someone else has obtained a copy of the blueprints, Jibril knows the danger it represents.

As these players converge on the city of Cairo, Olen Steinhauer's masterful manipulations slowly craft a portrait of a marriage, a jigsaw puzzle of loyalty and betrayal, against a dangerous world of political games where allegiances are never clear and outcomes are never guaranteed.
More books by this author

Olen Steinhauer was born in America and has lived in Croatia, the Czech Republic and Italy. He has now settled in Hungary with his wife and daughter. His first book, The Bridge of Sighs, was nominated for five major thriller awards.