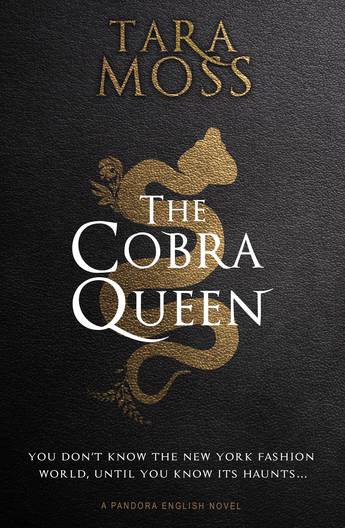 You don't know the New York fashion world until you know its haunts.

In the months since Pandora English left the small town of Gretchenville to live with her mysterious great aunt in a supernatural Manhattan suburb, her whole world has been turned upside down.

Pandora has discovered she is the chosen one, the Seventh Daughter of a Seventh Daughter, and during the impending Revolution of the Dead, she alone will have the power to save all life as we know it. The Agitation is unfolding, building towards the Revolution, and Pandora can no longer deny the truth in these incredible prophecies. But what will she do when the moment comes? How can she stand against the army of the dead?

Pandora's relationship to her spirit guide, Lieutenant Luke, is intensifying. She's had to grapple with ghosts, vampires and necromancers. Now, with the Blue Moon approaching and a new exhibition opening at The Met, which celebrates an ancient female pharaoh done wrong in antiquity, powerful forces threaten to upend the balance of life and death.

Pandora is given the chance to find out what happened to her parents all those years ago, but first she must put her own supernatural gifts to the test.

From the best-selling author of The Blood Countess, The Spider Goddess and The Skeleton Key.

'[A] charming para-normal story…Pandora is an engaging character - polite, courteous, grieving for her parents who died eight years ago...She is likeable and unassuming - but beginning to understand the importance of her role in the protection of the living world.' - Queensland Reviewers Collective

'A fabulously fun supernatural new adult romance oozing female empowerment and open-mindedness...The Cobra Queen is a highly entertaining and emotionally satisfying escape from the real world. Sign me up for the next one!' - Booklover Book Review
More books by this author

Tara Moss is an author, novelist, documentary maker and presenter, speaker and human rights advocate. Since 1999 she has written 11 bestselling books, published in 19 countries and 13 languages, including the acclaimed Mak Vanderwall crime fiction series and the Pandora English paranormal series. Her first non-fiction book, the critically acclaimed The Fictional Woman, was published in 2014 and became a number one national non-fiction bestseller, and her iconic cover design, featuring her face labeled with 'fictions' or stereotypes about women won Best Non-Fiction Book Design. She is a PhD Candidate at the University of Sydney, and has earned her private investigator credentials (Cert III) from the Australian Security Academy.