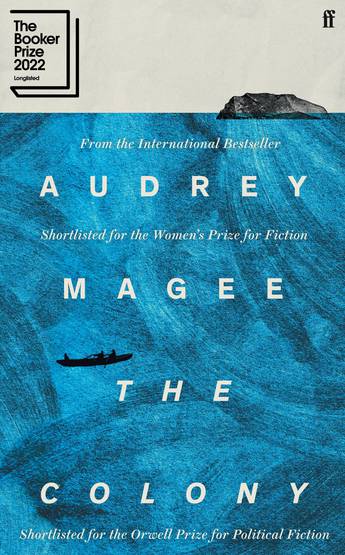 The clarity of Colm Toibin's prose is blended with the emotional truth of Anne Enright in this stand-out new novel of belonging and loss.

He handed the easel to the boatman, reaching down the pier wall towards the sea.

Mr Lloyd has decided to travel to the island by boat without engine - the authentic experience. Unbeknownst to him, Mr Masson will also soon be arriving for the summer. Both will strive to encapsulate the truth of this place - one in his paintings, the other with his faithful rendition of its speech, the language he hopes to preserve.

But the people who live here on this rock - three miles wide and half-a-mile long - have their own views on what is being recorded, what is being taken and what is given in return. Over the summer each of the women and men in the household this French and Englishman join is forced to question what they value and what they desire. At the end of the summer, as the visitors head home, there will be a reckoning.

'This novel is better than good. Its beautifully realised lament for lost language and cultural sustainability has universal relevance.' - Canberra Times
'Intelligent and provocative...The Colony contains multitudes - on families, on men and women, on rural communities - with much of it just visible on the surface, like the flicker of a smile or a shark in the water.' - The Times
'A vivid and memorable book about art, land and language, love and sex, youth and age. Big ideas tread lightly through Audrey Magee's strong prose.' - Sarah Moss
'So brilliant in its quiet tragedy, so revealing in its precision. It haunts me.' - Tsitsi Dangarembga
'Audrey Magee has written a lyrical, rich, and emotionally powerful novel. The Colony comes alive like a brooding and beautiful canvas painted off the Irish coast.' - Dominic Smith
More books by this author

Audrey Magee was born in Ireland and lives in Wicklow. Her first novel, The Undertaking, was short-listed for the Women's Prize for Fiction, for France's Festival du Premier Roman and for the Irish Book Awards. It was also nominated for the Dublin Literary Award and the Walter Scott Prize for Historical Fiction. The Undertaking has been translated into ten languages and is being adapted for film.