The Country Girls; The Lonely Girl; Girls in their Married Bliss 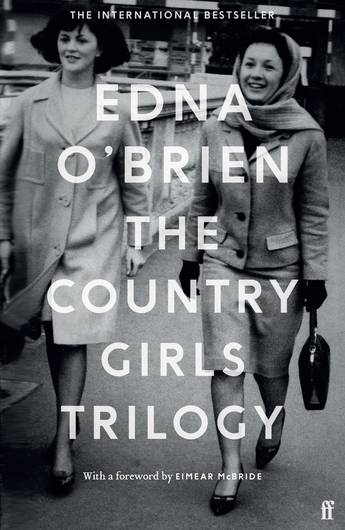 Edna O'Brien's iconic first novels - The Country Girls, The Lonely Girl, and Girls in their Married Bliss - published as a trilogy with a new foreword by Eimear McBride.

Edna O'Brien's first novel The Country Girls and its sequels The Lonely Girl and Girls in their Married Bliss changed the temperature of Irish literature in the 1960s.

The characters of Kate Brady and her friend Baba Brennan have inspired generation after generation of readers and writers, as we see them struggling against the confines of a rural Irish convent school; revelling in the bright lights of Dublin; and weathering the unexpected challenges of married life in London.

The passion, artistry, and courage of Edna O’Brien’s vision in these novels - tender portraits of innocence and youth, love and passion, dreams and reality - resonate into the twenty-first century, and are illuminated by Eimear McBride's new foreword.
More books by this author More books in this series

Edna O’Brien has written more than twenty works of fiction and non-fiction, most recently the bestselling novel The Little Red Chairs. She is the recipient of numerous awards including the Irish PEN Lifetime Achievement Award, the American National Arts Gold Medal, and the Ulysses medal, as well as the Frank O’Connor Prize. Born and raised in Ireland, she has lived in London for many years, and was recently appointed a Dame of the British Empire for her services to literature.

Eimear McBride is the author of two novels: The Lesser Bohemians (James Tait Black Memorial Prize) and A Girl is a Half-formed Thing (Bailey's Women's Prize for Fiction, Irish Novel of the Year, the Goldsmiths Prize, and others). She was the inaugural creative fellow at the Beckett Research Centre, University of Reading and occasionally writes for the Guardian, TLS, New Statesman and the Irish Times.