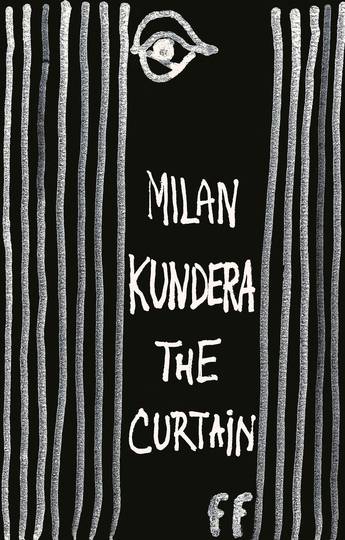 A brilliant exploration of the novel - its history and its art - from one of the genre's most distinguished practitioners.

'A magic curtain, woven of legends, hung before the world,' writes Milan Kundera in The Curtain, his fascinating new book on the art of the novel. 'Cervantes sent Don Quixote journeying and tore the curtain. The world opened before the knight errant in all the comical nakedness of its prose.' For Kundera, that curtain represents the ready-made perception of the world that each of us has - a pre-interpreted world. The job of the novelist, he argues is to rip through the curtain and reveal what it hides.

In this entertaining and always stimulating essay, Kundera deftly sketches out his personal view of the history and value of the novel in Western civilisation. Too often, he suggests, a novel is thought about only within the confines of the language and nation of its origin, when in fact the novel's development has always occurred across borders: Laurence Sterne learned from Rabelais, Henry Fielding from Cervantes, Joyce from Flaubert, Gracia Marquez from Kafka. The real work of a novel is not bound up in the specifics of any one language: what makes a novel matter is its ability to reveal some previously unknown aspect of our existence.

In The Curtain, Kundera skilfully describes how the best novels do that.
More books by this author

This Franco-Czech novelist Milan Kundera was born in Brno and has lived in France, his second homeland, since 1975. He is the author of the novels The Joke, Life is Elsewhere, Farewell Waltz, The Book of Laughter and Forgetting, The Unbearable Lightness of Being and Immortality, and the short story collection Laughable Loves - all originally in Czech. His most recent novels, Slowness, Identity and Ignorance, as well as his non-fiction works The Art of the Novel and Testaments Betrayed, were originally written in French.