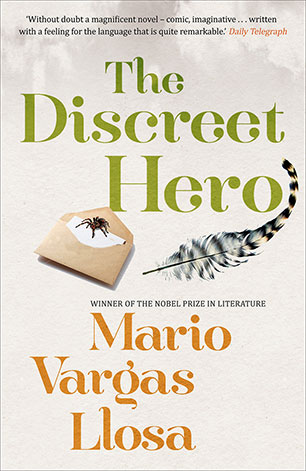 Felicito Yanaque has raised himself from poverty to ownership of a trucking business. His two sons work for him. He receives a threatening letter demanding protection money. The police don't take him seriously, Felicito refuses to pay up and gets sucked into a nightmare. He becomes a reluctant public hero. Then his mistress is kidnapped, and matters become seriously complicated. And he finds that his troubles have begun very close to home.

His fate is interwoven with the story of Rigoberto, a wealthy Lima insurance executive. His boss and old friend, Ismael, suddenly announces that he is marrying his housekeeper, a chola from Piura, to the consternation of his twin sons, a pair of brutal wasters. Ismael escapes to Europe with his new bride, leaving Rigoberto to face the twins' threats, and their claims that he connived with a scheming woman to rob an old man of his fortune. Rigoberto is hounded by the press and TV. Meanwhile, his only son is having visions of a mysterious stranger who may or may not be the devil
More books by this author