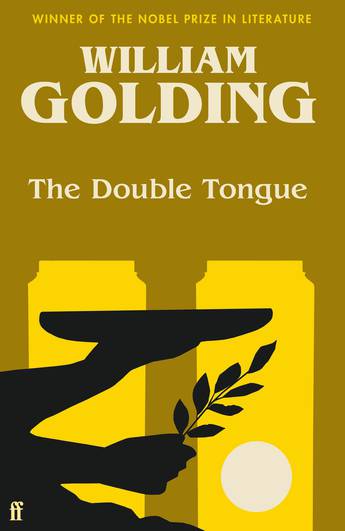 Meet the Oracle of Delphi in ancient Greece in this transporting tale of the classical world by the radical Nobel Laureate and author of Lord of the Flies, introduced by Bettany Hughes.

It begins with the half-burnt fish, miraculously restored to life, and the healing of the ill child.

Young Arieka is an unloved misfit, but as rumours of her spiritual powers reach the High Priest of Apollo, her life is transformed. She is taken to Delphi to become a Pythia: a mouthpiece for the god Apollo, an oracle uttering riddling prophecies from a smoky cave to frenzied crowds.

But when this role is dramatically thrust upon her, the priestess must navigate political conspiracy and the threat of the Romans to preserve her belief - and sanity.

'A remarkable work ... A compelling storyteller as well as a clear-eyed philosopher of the dangerous puzzles of being human.' - The Times

'A wonderful central character. The story stretches out as clean and dry and clear as the beach in Lord of the Flies.' - Independent
More books by this author

"William Golding (1911 - 1993) was born in Cornwall and educated at Marlborough Grammar School and Brasenose College, Oxford. Before becoming a writer, he was an actor, small-boat sailor, musician and schoolteacher. In 1940 he joined the Royal Navy and took part in the D-Day operation and liberation of Holland. Lord of the Flies, his first novel, was rejected by several publishers but rescued from the 'reject pile' at Faber and published in 1954. It became a modern classic selling millions of copies, translated into 44 languages and made into a film by Peter Brook in 1963. Golding wrote eleven other novels, a play and two essay collections. He won the Booker Prize for Rites of Passage in 1980 and the Nobel Prize in Literature in 1983. He was knighted in 1988 and died in 1993. www.william-golding.co.uk.

Bettany Hughes is an award-winning historian, author and broadcaster specialising in classical history. She is the author of Helen of Troy, The Hemlock Cup, the Sunday Times bestseller Istanbul and Venus and Aphrodite. Hughes has made many films and documentaries for the BBC, Channel 4, National Geographic, PBS, Discovery and The History Channel, and is a co-founder of SandStone Global. She is a Research Fellow of King's College London and was made an OBE in 2019 for Services to History. www.bettanyhughes.co.uk / @bettanyhughes"