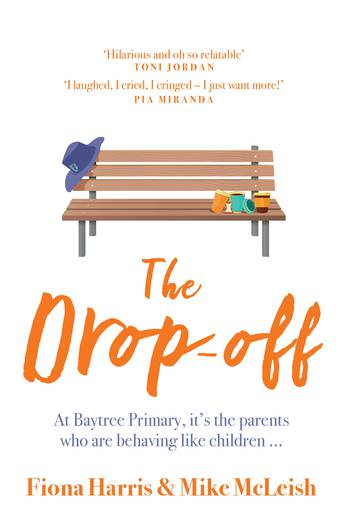 At Baytree Primary, it's the adults who are behaving like children...

Lizzie, Megan and Sam became accidental friends over good coffee, banter and wrong-world jokes at school drop off. Lizzie is a part-time midwife with four kids and a secret past. Sam is an ex-chef and stay-at-home dad with an absent, high-flying corporate wife. Megan is an ex-model single mum with a thriving online business and no time for loneliness. None of them have much interest in their school community, but when tragedy deals Baytree Primary's reputation a potentially crippling blow, this unlikely trio have to step up. Forced out of their respective comfort zones, Lizzie, Megan and Sam learn more about each other, the school and themselves than they thought possible.

And it all begins at The Drop-Off.
More books by this author

Mike is an actor, writer, singer, musician, cabaret performer, song writer, one-time artistic director and full-time collaborator with his wife, Fiona Harris. He famously played Paul Keating in Keating! The Musical. This past year he has appeared on the telly in Utopia and Mustangs FC, and on stage in Beautiful: The Carole King Musical.

Fiona is an actor, writer, producer and director, and the author of various children's book series' including The Super Moopers, Miraculous and Trolls. She has written television sketch comedy, numerous stage plays and one woman shows, and has acted on screen (The Beautiful Lie, Tangle, Skithouse) and stage (Spencer, Long Gone Lonesome Cowgirls) for the past twenty years. www.fionaharris.com