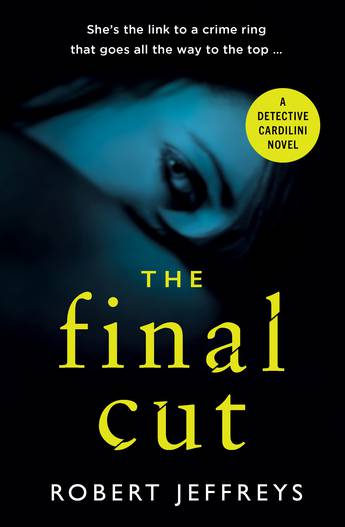 Can she be saved … from herself?

Back after suspension, Detective Sergeant Robert Cardilini just wants to get on with the job. But his bosses have other ideas and partner him with an eager, young detective named Lorraine Spencer. To make matters worse, the pair are tasked with solving domestic violence cases. Cardilini thinks it's a waste of time: without the support of the courts, the police are hamstrung. Spencer knows better.

When they find a young woman bleeding and tied to a chair in a suburban kitchen, they chalk it up as another hopeless case. But as they start investigating, they realise the woman is a willing participant in a sinister game of exploitation run by the highest echelons of business and government.

Desperate to unravel the mystery and shake up the system, Spencer goes out on a limb. But will her partner support her, or will she be thrown to the wolves?

A dark and compulsive crime thriller for fans of Ian Rankin, Michael Robotham, Jane Harper and A.J. Finn.
More books by this author

Robert Jeffreys worked as an actor, teacher, builder, real estate agent, personal security agent and playwright of the professionally produced stage plays Cox Four, Covert, The Simple Truth and The Messenger. ABC Radio National featured his radio plays Covert (which received an AWGIE award) and Bodily Harm. He also published a poetry anthology, Frame of Mind. Robert's first novel, Man at the Window (Book 1 in the Detective Cardilini series), was published in 2018. Robert sadly passed away in 2019, while working on the final draft of Book 2 in the series, The Final Cut. The manuscript was completed by his wife, Rosalba Jeffreys.